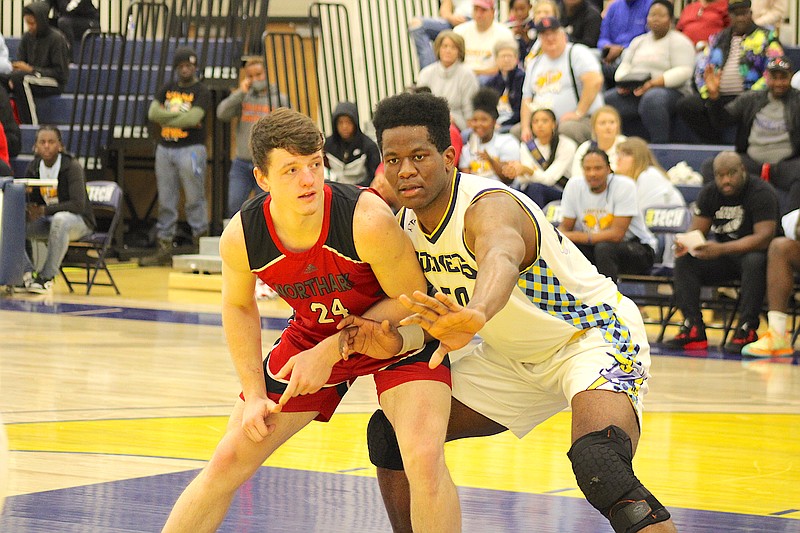 The off-season production of college basketball stars for the SAU Tech Rockets continues to grow. This past weekend, another Rocket decided to announce their transfer to a more established collegiate program. Sophomore center Great Nwachukwu announced he will be transferring to Kansas Christian College to play for the Falcons.

Nwachukwu has been a part of the Rockets for the past three seasons through the highs and lows of the program. Nwachukwu saw his freshman season in 2019-2020 cut short due to the impact of COVID-19.

The following season, he saw his first opportunity on the court during the 2020-2021 College Basketball season. That season, Nwachukwu averaged 2.8 points per game, 2.5 rebounds per game, and 0.5 blocks per game. He played a key role for the Rockets' big-man lineup as they needed to be more aggressive in the paint. Nwachukwu was a part of the first Rockets team to win their first NJCAA Division II Region II conference championship tournament and their first National Championship tournament appearance.

This past season, Nwachukwu played a bigger role on the team as he played in 24 of the 31 total games for the SAU Tech Rockets. Nwachukwu averaged 1.3 points per game, 2.1 rebounds per game, and 0.5 steals per game.

This past season, he recorded his first double-double performance in the Rockets' 105-48 win over Tennessee Prep. In that game, Nwachukwu scored ten points shooting 5-of-5 and accounting for ten total rebounds.

Nwachukwu will be playing for the Kansas Christian College Falcons at the Division II level.