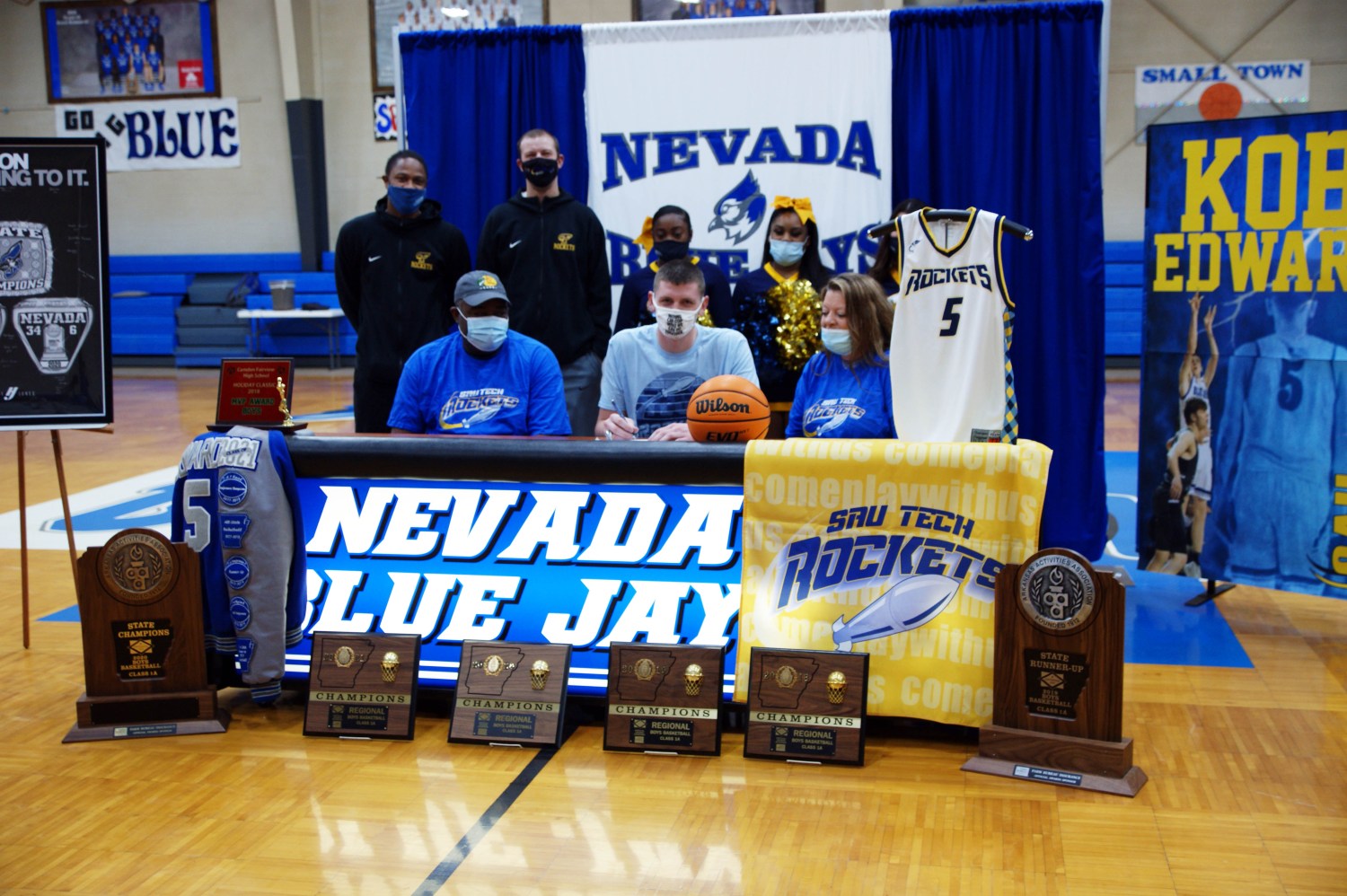 ROSSTON – Tuesday was a day of celebration at Nevada High School as Kobe Edwards signed a letter of intent to play basketball at SAU-Tech in Camden the next two years.

Edwards will be trading in the Blue and Silver of the Blue Jays for the Blue and Yellow of the Rockets. The son of Rebecca Edwards and Robert Jones said he wants to be an electrical engineer, and plans on going further into basketball after graduating from SAU-Tech in two years.

Rick McAfee, Nevada superintendent, called the signing a great thing as it gave the school a chance to celebrate. He said Edwards is a good person and he’s proud of the young man’s accomplishments.

Jason Morrison, chancellor at SAU-Tech, welcomed Edwards to the Rocket family, saying he’ll be a welcome addition. He encouraged other students at Nevada to consider attending SAU-Tech when they graduate.

Marty Levinson, head coach of the Rockets, said he was sold on Edwards the first time he saw him, moreso after Edwards went to Camden and worked out for him.