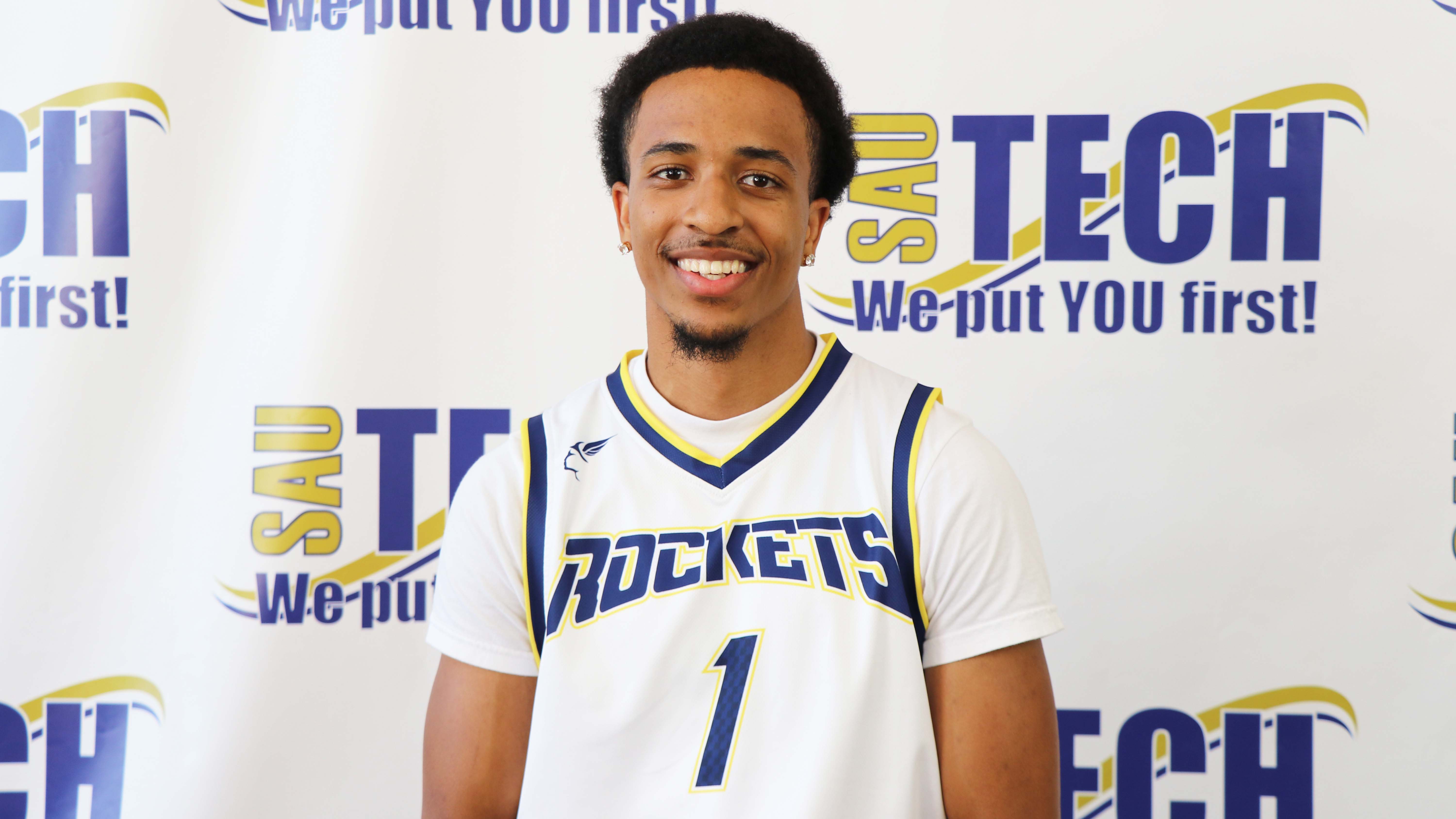 The close of the SAU Tech Rocket men’s basketball season ended with a loss to North Arkansas College but revealed another layer of talent that one player has displayed throughout his two years as a Rocket.

Starter, Sheldon Stevens, from Kansas City, Missouri, and graduate of Grandview High School, brings another layer of skill to the court every time he plays. He is one of the original players the first-year the SAU Tech Rockets took the court in 2018 and has grown as a player and person during his time at SAU Tech. Stevens stated that “Playing at SAU Tech under Coach Levinson helped me prepare for the next level in many ways. He has taught me how to be a leader, on and off the court, how to act like a professional athlete, and to never take the little things in life for granted.”

Coached by Martin Levinson, Stevens has left an impression with his coach as well. “Sheldon came to SAU Tech and believed in us as a college and as a coaching staff from day one. When he arrived on campus, we had not yet started our first season of play, and he set the tone with his work ethic. Sheldon has a special ability to score the basketball in a lot of ways. To be a two-time NJCAA Region 2 Division II MVP shows his consistency as a player and we all look forward to watching him continue his success at Oral Roberts University next year!”

Stevens’s smile and playful demeanor have endured him to the staff and faculty at the College, including SAU Tech Chancellor, Dr. Jason Morrison, and his wife, Stephanie. “Sheldon is a tremendous shooter, and he plays with such aggression on the court. Knowing the adversities he has overcome to get where he is today is genuinely humbling for us. Stephanie and I believe this young man has a bright future on and off the court, and we are so blessed to have the chance to have him as part of the Rocket Family.”

The NJCAA chose Stevens as the Region 2 Division II MVP and for the All-Region First-Team. This is the second time for Stevens to earn both designations while playing for the SAU Tech Rockets. Stevens will transfer in May to Oral Roberts University where he will play for the Golden Eagles.