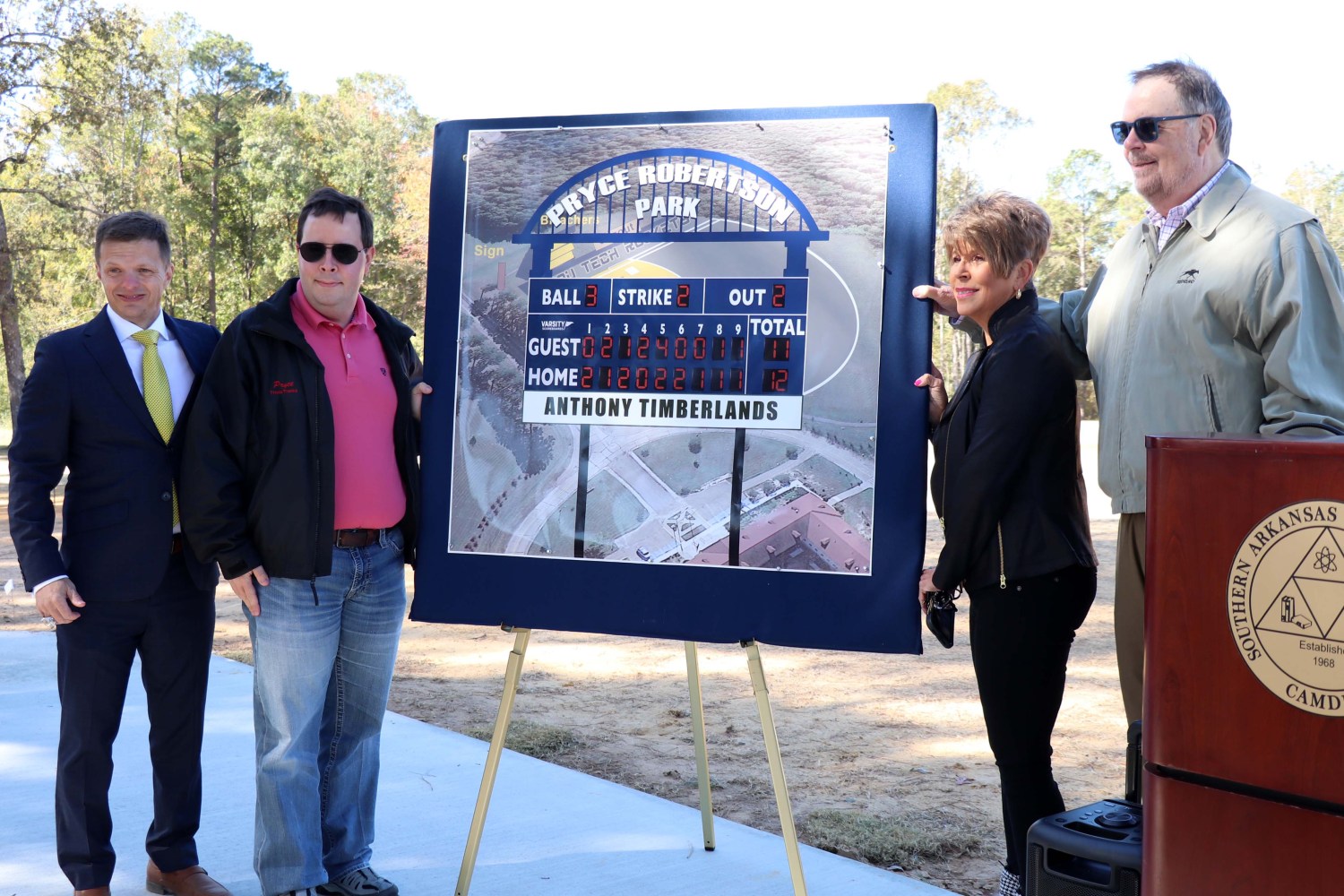 Southern Arkansas University Tech is pleased to share the exciting news announced during a press conference at 10:30 am on Tuesday, October 18, 2022. Dr. Jason Morrison announced to a crowd of sponsors, donors, and employees the news of Richard and Vicki Robertson's commitment to donate $100,000 to name the College's new baseball field after their son, Pryce Robertson. Morrison shared the names of sponsors and donors to the Diamond Campaign started in the spring of 2022 to fund the development of the field. The gift brings the campaign total within $15,000 of the $300,000 Diamond Campaign goal.

After the announcement, Richard Robertson shared that He and his wife Vicki were so pleased with Pryce's education at SAU Tech that they wanted to do something permanent to commemorate Pryce's time at the College. Pryce Robertson came forward and thanked all who worked on the project and finished his speech with a shout-out to the Rockets.

Morrison stated that bringing baseball and athletics to SAU Tech was done with the same spirit that Pryce represents-a determined energy that accomplishes the very thing that everyone says can't be done. That is the Pryce Robertson spirit, and SAU Tech is proud to name the new baseball park after SAU Tech Alumnus Pryce Robertson.

The College's Rocket Baseball team will play on the field in the spring of 2023. To support NJCAA baseball at SAU Tech, contact SAU Tech's Development Office at 870-574-4747 or go to sautrockets.com.