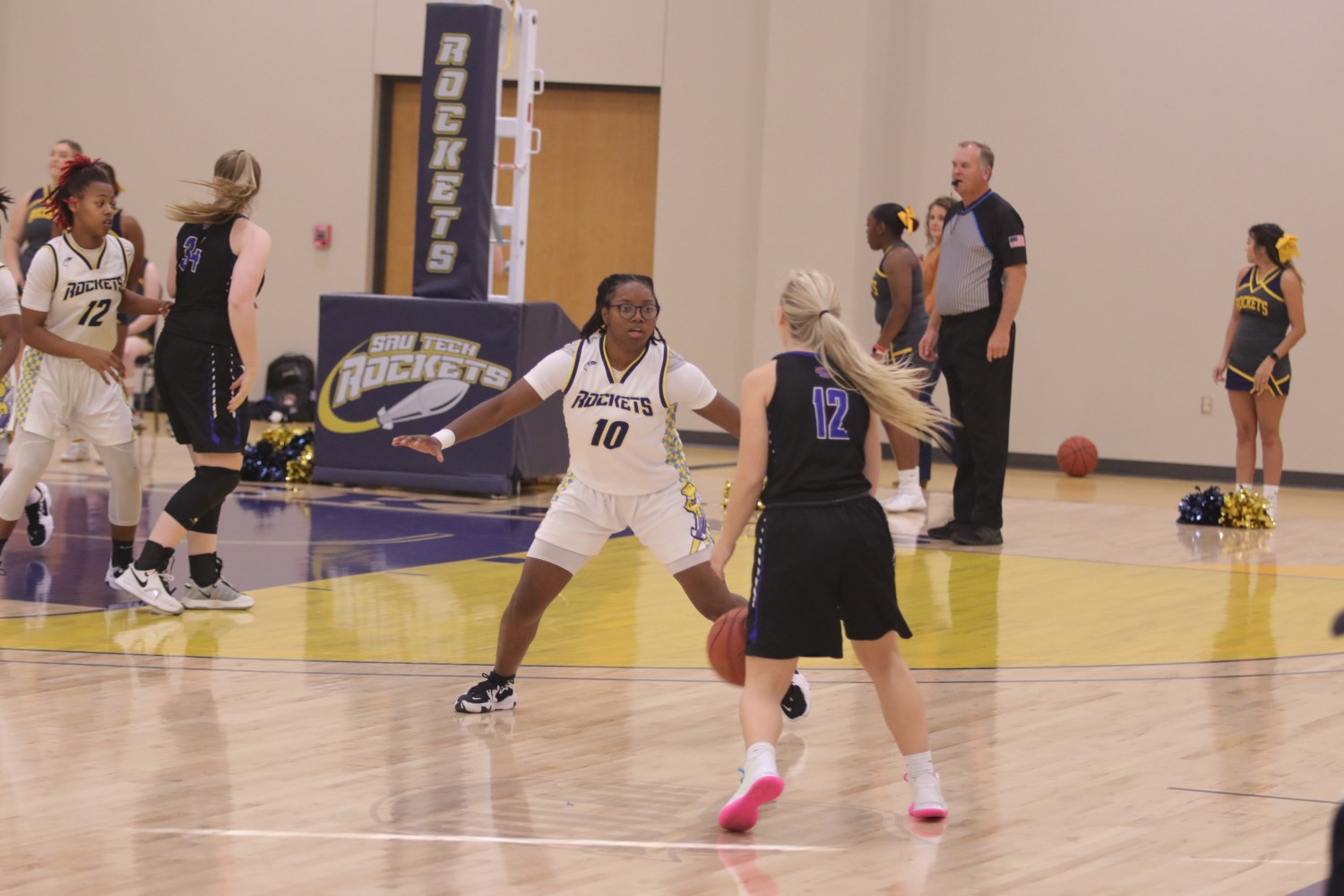 It is a busy summer for the SAU Tech Lady Rockets as they look to finalize the reconstruction of their 2022-2023 college basketball team.

Most of those who have departed from the team are players who have found new homes after spending a couple of seasons learning and developing their skills. One of those players was a sophomore guard/forward, Ta'Kyla Allen, who is transferring to Delta State University.

Allen was an instrumental player for the Lady Rockets as a starter for the past two seasons.

In her freshman year during the 2020-2021 college basketball season, Allen played in all 18 games for SAU Tech, including starting in 10. Allen averaged 8.5 points per game, shooting a field-goal percentage of 39.1%. She also averaged 5.2 rebounds, 1.5 assists per game, and 1.4 steals per game. She had six games in her freshman season, where she scored double-digit points.

This past season, she was a key role player for a team that won their first regional tournament title in program history. Allen played in 23 games while starting in 15 of them. She averaged 4.8 points per game, shooting a field-goal percentage of 35.5%. She also averaged 6.4 rebounds per game (second on the team), 1.8 assists per game, 1.3 steals per game, and 0.5 blocks per game.

Her best game this past season was her 12-point performance in the 74-54 win over Williams Baptist University. She shot 5-of-10 in field goals, including 2-of-5 from the three-point arc. Finally, she accounted for 13 rebounds, one assist, and one steal.

Allen was a tenacious driver to the basket; she often found a solid path in the paint for efficient layups. She is an unselfish offensive player, as she will help set up the more explosive and long-range shooters on her team for great scoring opportunities. On defense, Allen is a highly efficient wing defender as she rarely allows three-pointers or long two-pointers to get by her.

Allen is set to join a Delta State Lady Statesmen team that finished last season with an overall record of 14-13; 11-9 in conference play. They were 8-3 at home. First-year head Tracy Stewart-Lange will lead Delta State.