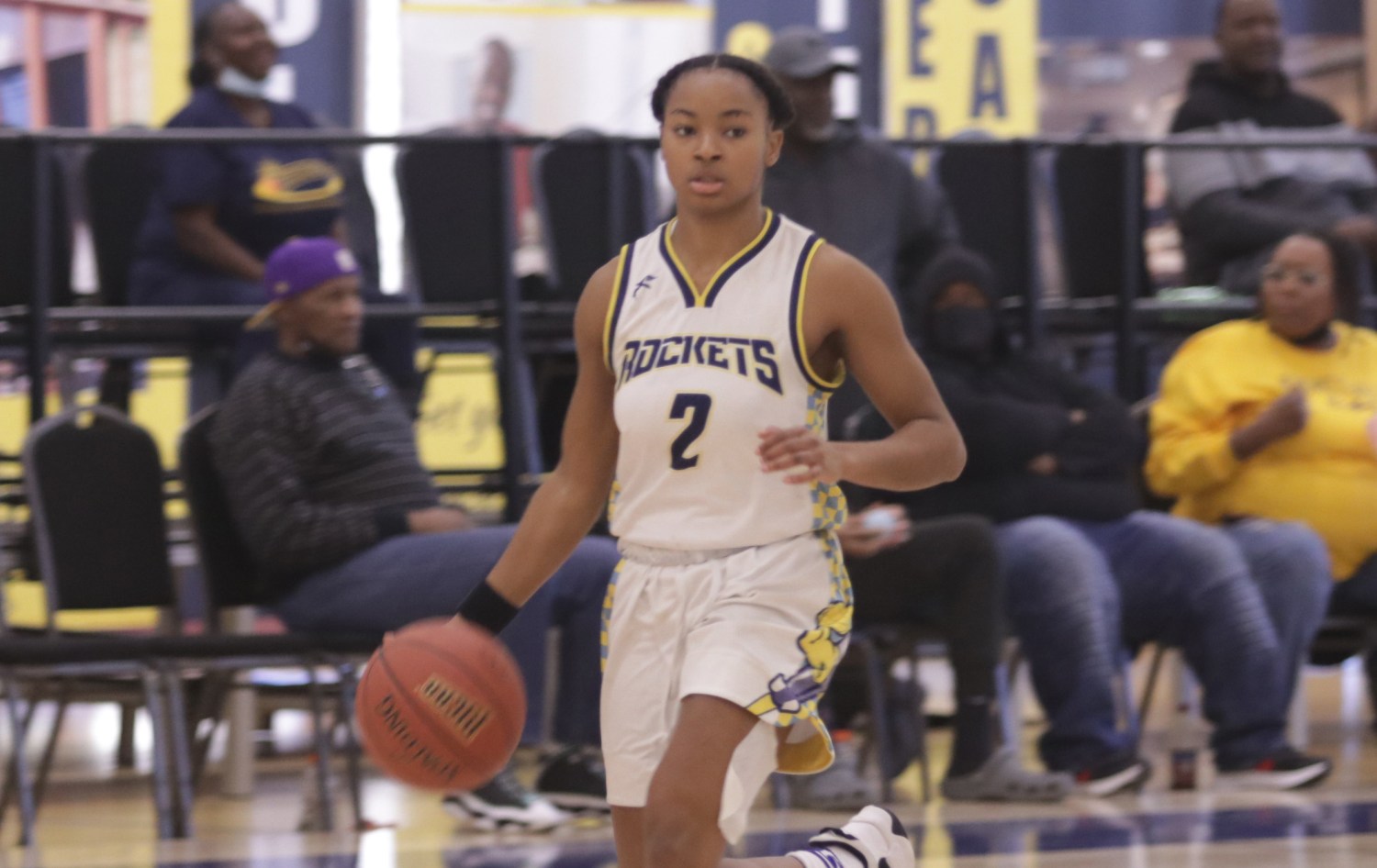 Johnson has played an essential role for the Lady Rockets basketball team for the past two seasons. She was one of the key leaders for the Lady Rockets' first-ever team to win the NJCAA Division Region II Tournament Championship this past season. Johnson is a three-time Region II Player of the Week recipient, two of them coming this past season. Finally, she was named to the Region II All-Region team after two fantastic seasons, including the 2020-2021 season, where she was voted MVP of the region.

In the 2020-2021 College Basketball season, Johnson played in 18 games while starting in 16 of them. Johnson averaged a team-high 15.6 points per game, shooting a field-goal percentage of 41.4% and a three-point shooting percentage of 38.4%. She also averaged four rebounds, a team-high five assists, and a team-high 2.3 steals per game.

Johnson had 15 games her freshman season where she scored ten or more points. The best performance in her freshman season came in the 73-56 road win at the National Park College Lady NightHawks, where she scored 29 points, shooting 62.5% field-goal (10-of-16) and a three-point shooting percentage of 75% (6-of-8). She also accounted for three rebounds, three assists, and two steals.

Johnson was one of the most talented scorers in each of the two seasons at SAU Tech. Her ability to drive to the basket, set up excellent scoring opportunities for her teammates, and play efficiently in ISO made her one of the most reliable offensive players for the Lady Rockets. On the defensive end of the court, she became more efficient as her career extended. She was a lockdown man-coverage player as she would not allow herself to give up easy points on ISO play. She would also quickly switch zone coverage and adjust to the opposing offense's schemes.

When asked about what she meant to the Lady Rockets program, head coach Aramie Brooks responded, "She's a leader, a sister, and the team's foundation. She was just the one that the team could look towards. I was telling everyone that she was one of my first recruits. She is definitely the foundation of this program. She set the standard of work habits; she set the tone to be successful. I'm just beyond proud of what she has done and the process she has been on for. He's been on a couple of visits and she said just felt at home when the coach talked to her and her family. So I'm just excited, she's a foundation part of this program."

Johnson will play for a Lady Royals team transitioning from the Division II level to the Division I FCS level as they play in the ASUN Conference. Currently, this conference has Central Arkansas, Florida Gulf Coast, and Jacksonville State until 2023.